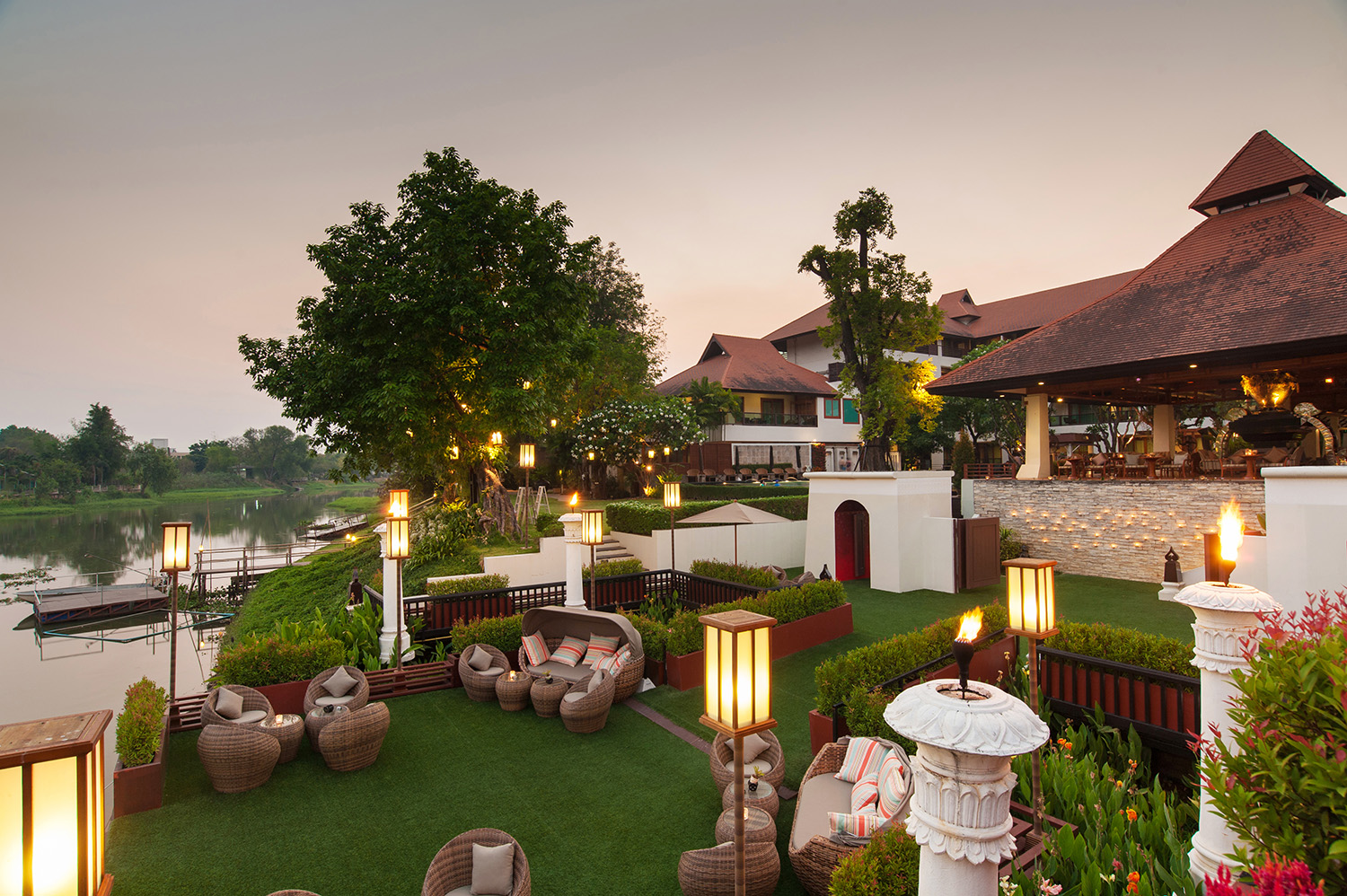 Translate and transform from the origin of Lanna City & culture in the theme of water architecture, temples, tenement and old commercial buildings from last 200 years. Mr. Apichart Sri-aroon our Architect was inspired in architectural design the resort by flashing back 200 years, when the “Wat Gate” community was prosperous trade centre with foreigners who traveled along Ping River by ancient Lanna scorpion vessel boat. This became the inspiration of the river story to be chosen as the idea for architectural design.

Wat Gate Community was as ancient district located on the eastern bank of the Ping River. Settled by various nationalities, including Chinese, Western and local people. It provided a blend of architectural design which remains today, with the Wat Gate nestled in the heart of the community. Building of the houses formally started around 1796, after the establishment of Chiang Mai to be a colony of Rattanakosin (Bangkok). Before roads reached Chiang Mai the community was an important port for cruises between Rattanakosin and Chiang Mai and other southern cities. The Wat Gate Community was significant according to economic needs of Chiang Mai at that time.

A boutique and contemporary Lanna design of 75-luxurious guestrooms & suites are imagery refined and blends in the artistries of Tai-Shan, Tai-Lua & Tai-Khern which are old tribal civilization. Mr. Yuthanan Mohprasit our interior designer chose to portray the life of Ping River’s civilization by combining unique arts of Lanna minorities in the interior design. The extensive use of teak throughout the resort is a reminder that the river used to convey teak logs by the British Borneo Company in the past. Interior design was made from local wisdom by the skilful Ten Group of Artisans particularly in the lobby which models from Northern Royal Palace. A large sterling silver bowl takes pride of place in the middle of the riverside pavilion and is known as “Buranakata” and made from Baht 12,500 weight of sterling silver. In a bygone era “Buranakata” represented properity. To summarize, the prominence of the interior design comes from the way of life, handicraft, culture and custom of ancient Lanna in a contemporary style.

RatiLanna Riverside Spa Resort has been constructed with the highest quality materials and fitted with the upscale amenities. The use of environmentally friendly materials and concepts has also been used throughout construction including the resort’s infinity pool being the only pool in Chiang Mai using water treatment by ozone to prevent the use of chlorine. The generation of ozone in the water system makes a refreshing experience.

SIGNATURE OF THE RIVER

RatiLanna Riverside Spa Resort is adjacent to “Wiang Kum Kam” the first capital of the Lanna Empire, which was lost underground many centuries ago. We have built a second pier and café opposite the old and beautiful Chedi Liam Temple and offer a traditional style “Lanna” boat service for guests to check in at the café and to arrive to the resort by boat enjoying a unique river cruise. In keeping with the Hotel’s focus on the “Lanna” tradition, every morning a monk arrives to the resort pier by canoe to receive alms from guests wishing to partake in the traditional custom of “making merit” by offering food prepared by the resort. 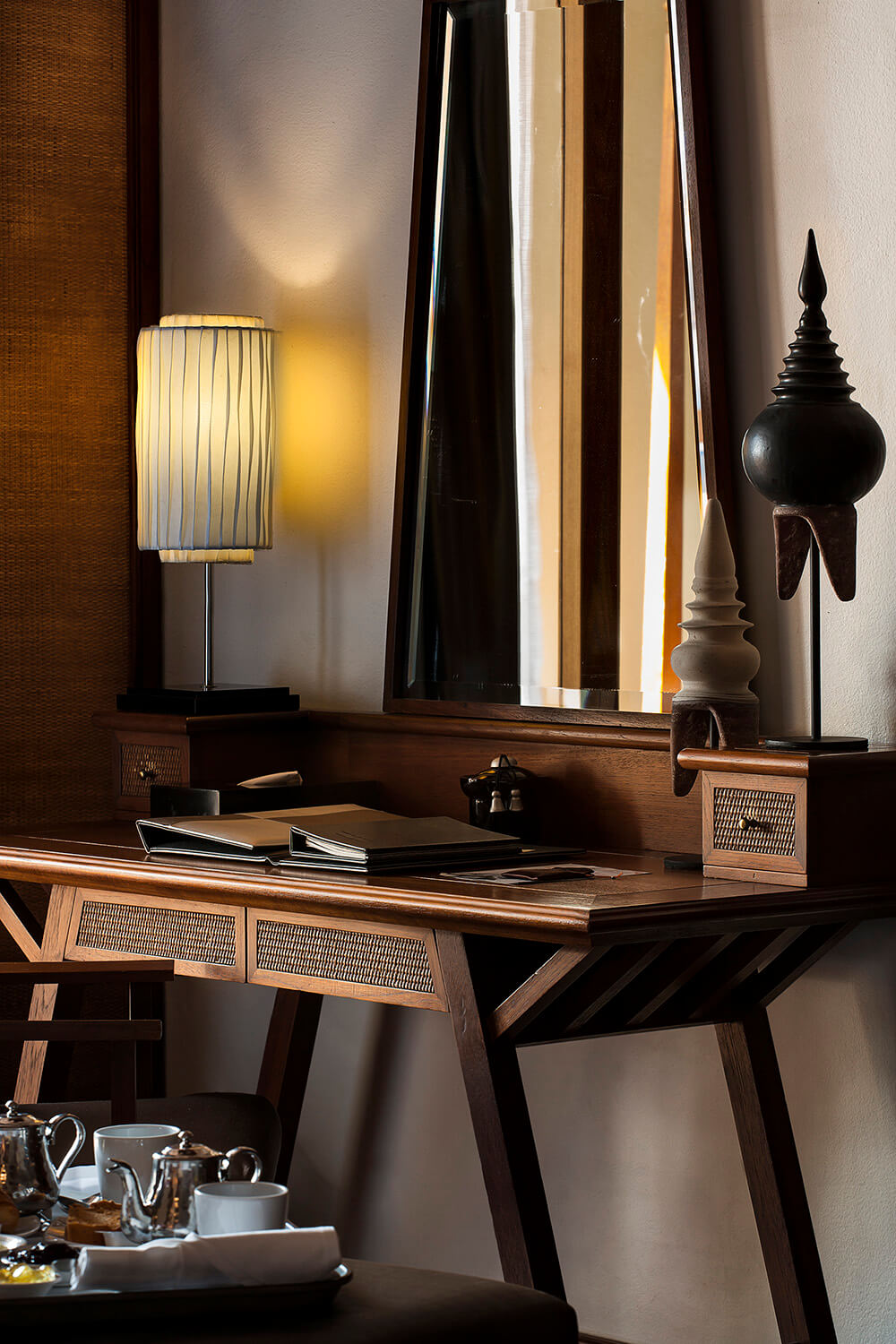